Technically flawless for musicians of all levels

The key piece of the instrument, the mouthpiece will be selected according to the repertoire, the level and the style you are looking for.
For a trumpet player, finding the perfect mouthpiece can be the story of a lifetime.

As a royal instrument, the trumpet has always had its place in the heart of music, it took its acclaim thanks to the French trumpet player Maurice André while Louis Armstrong emancipated the black American people through jazz. Predominant in Europe and the United States, the piston trumpet is less widespread than the rotary trumpet in countries such as Germany, Austria and other Eastern countries.

For the Atelier Donat the trumpet must be versatile, whether for concert players, soloists, jazzmen or amateurs, which is why Dimitri has designed mouthpieces with musicians of all levels.

Defined by throat, cup, backbore and blank, it must be technically flawless while offering comfort, precison and endurance. Each sound parameter follows from a specific part of the mouthpiece, the cup for the volume, the throat for the timbre, the backbore for the projection and the general shape of the sound, the inner rim for the precision, the rim for the touch and the tipping point of the cup for the sound target.
The Donat range is constantly evolving to meet the needs of the modern instrumentalist. 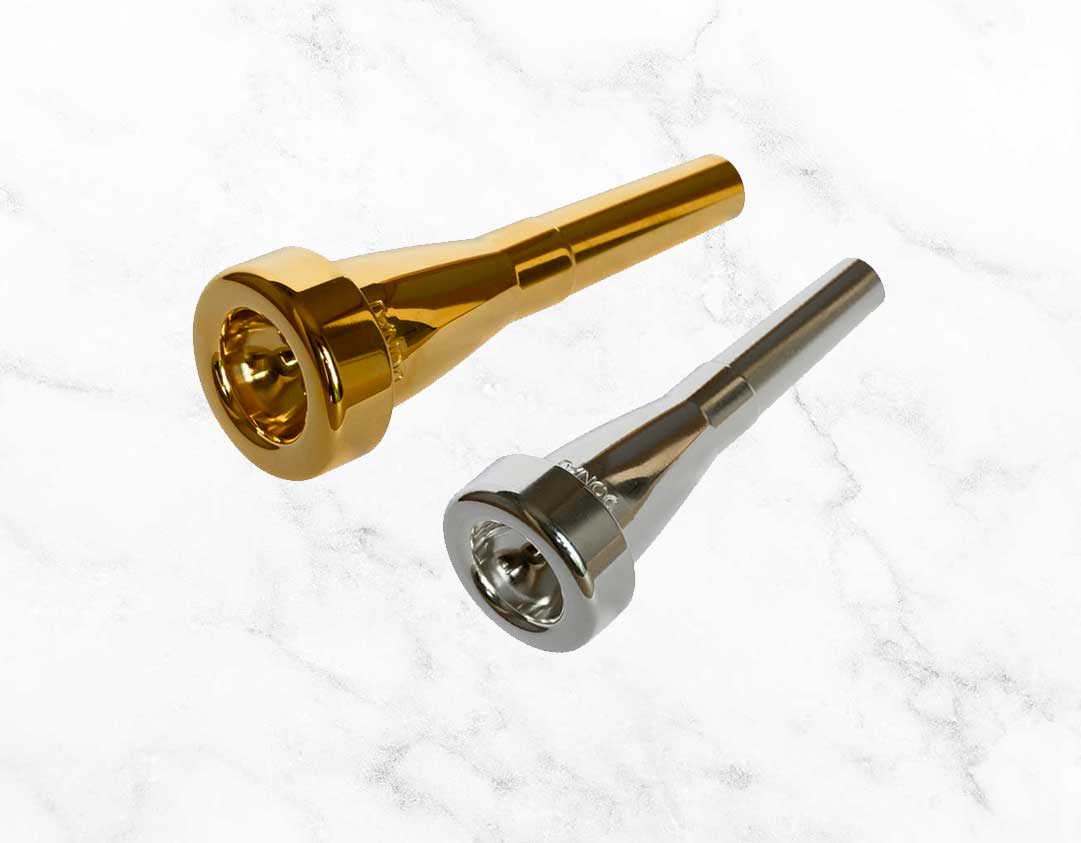 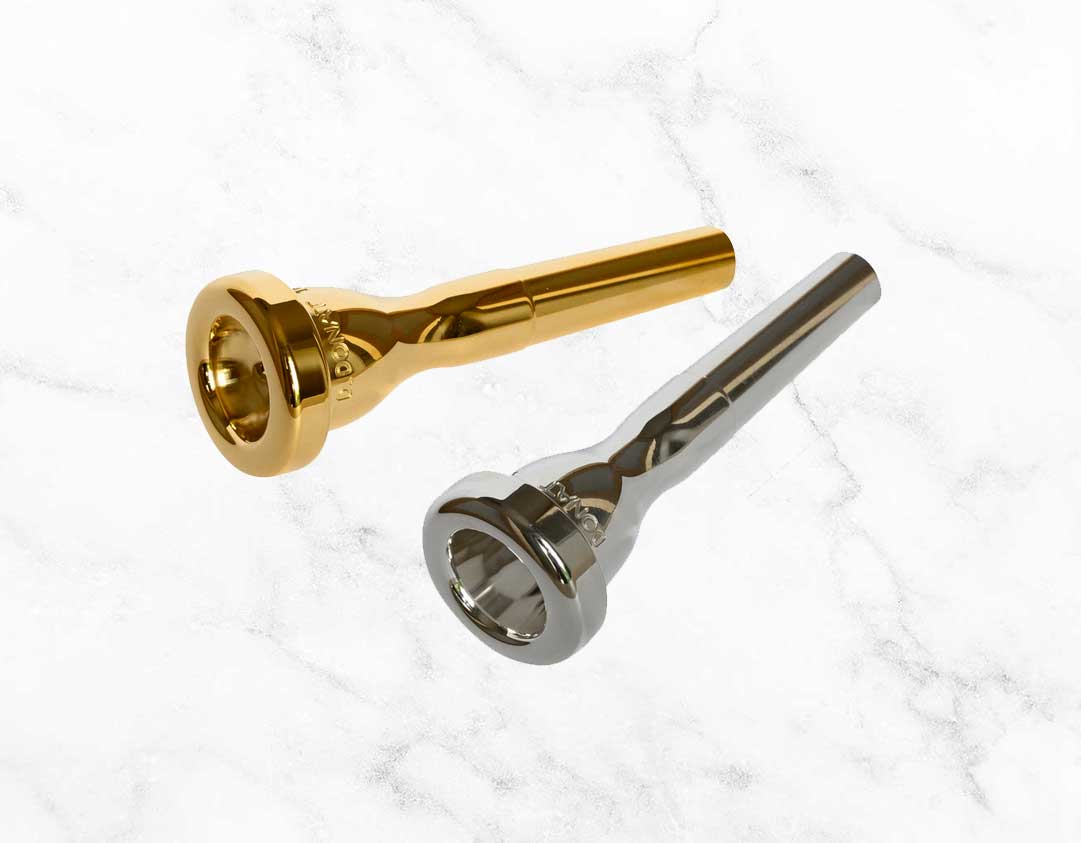 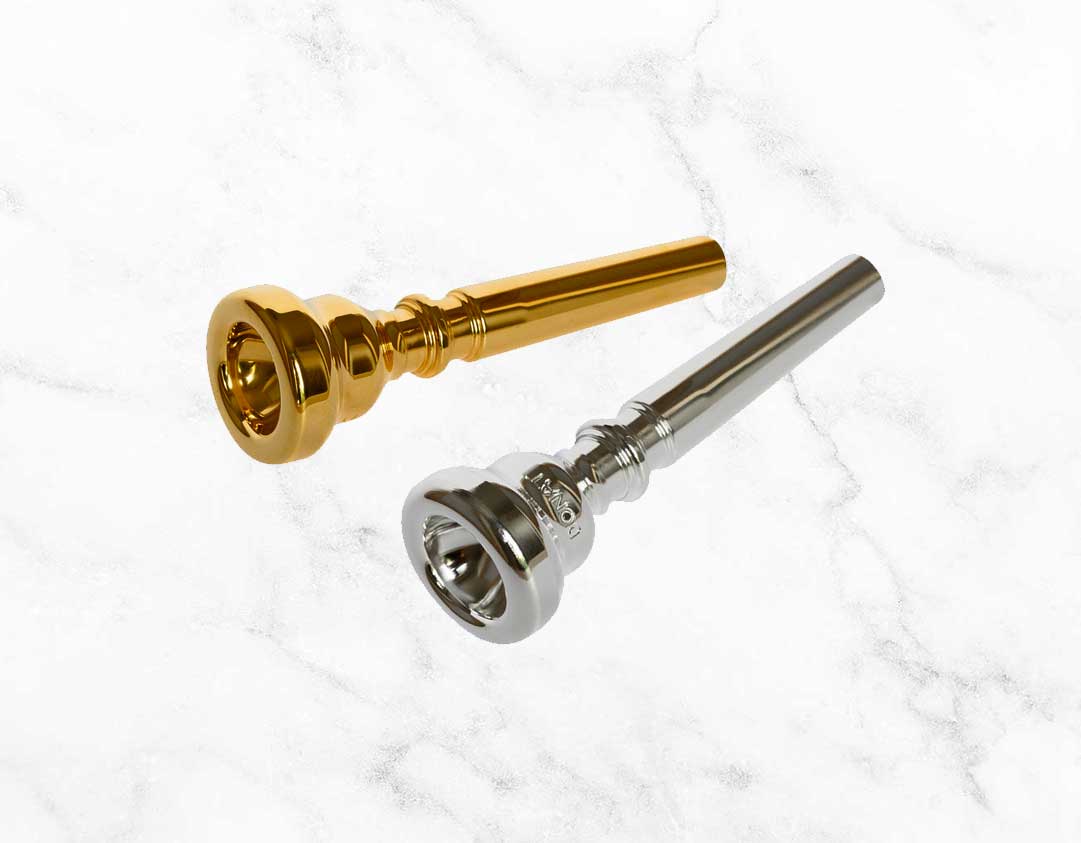 For the trumpet 3 blanks available:

The blank is associated to a cup according the lips size, the level and the style sought.

A full range of

The Donat standards for the trumpet have very open backbore, symphonic type. Its naturally increase the tone to the tuner. A work on cup depth was done to restore the sound accuracy.

The Donat standard is a mouthpiece with a total length similar to Bach with a larger throat and more open backbore.

The rim is widened and rounded for greater contact area on the lips and greater endurance.

The inner rim shape of Atelier Donat provides flexibility and comfort to allow the musician to secure his tonguing.

The work on the cup was done in collaboration with musicians from all walks of life.
The result is easy-to-play models, a full range tailored to suit everyone’s needs

Atelier Donat also offers heavy models with short shank.
Their large mass imposes an expanded grain # 22.
An adjustment of the grain by drilling will increase its length and will give a pale sound. Suitable backbores have been designed to preserve it.

See all models
Go to Top